photo of the day 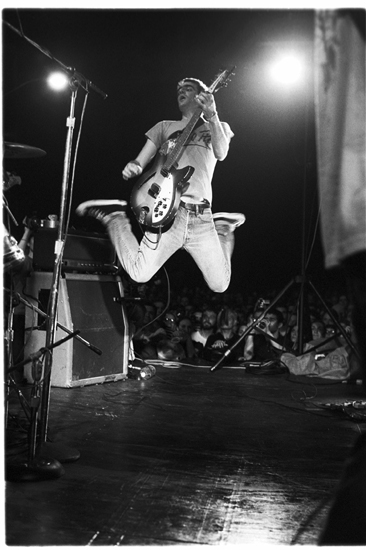 well i really don't know where to begin (actually i do as this is the third time i am rewriting this due to web editor crashes, hold on a sec... option-S...okay)


my apologies for neglecting this site for the last month. the last update was just before i went to DC to see friends and rock. being in DC for an extended period of time for the first time in four years was really fun and very inspiring. not only did i see a tonne of people i hadn't seen in ages, ate amazing food and saw a bunch of great shows (Q and Not U, Motorcycle Wars, the Pupils, Fugazi) but it was a much needed break.

the lack of updates has a lot to do with the break and enjoying the time off too much as well as coming down off the DC high. to top things off i left my cell phone on the plane (not a big deal about the phone, i was going to cancel it anyway, but all my phone numbers were in it. i just got it back today. luckily Air Canada can find and return a phone despite their inability to fulfil my request for a vegan meal or flick the switch to make the "now boarding" sign flash)

but the real kicker was that the Photo Centre at Carleton University (where I currently work part-time and more importantly where i have developed every single photo i have taken in the last 15 years) has been shut down pending funding for much needed renovations. i have spent the past few weeks working feverishly on keeping it open.

DC was great, despite being soaked 90% of my time outdoors due to sweat (it was 40C and 110% humidity) or rain (it rained every day and i got caught in it each time). in DC when it rains it doesn't cool down afterward like most civilized places. luckily it did cool down after the torrential downpour that hit a few hours before the Fugazi show.

i did another 10 minute photo shoot with Fugazi before the Fort Reno show, colour slides this time. i'll try stick one up soon, as well as photos from the other rock and misc stuff from DC as well as recent rock pix from here in Ottawa.

i'll try keep this updated on a regular basis over the next month, maybe taking a break on the text to focus on the images. i'll be away for six weeks on tour with Atom and His Package in October and November and will have to try figure out a way to update this from the road. maybe i'll buy a laptop. anyone have any suggestions for a non-AOL, European ISP with local dialups in Germany, Belgium, Scandinavia etc?

i picked up some great books at Dischord (thanx Alec!!) including Dance of Days. if you buy one book this year i suggest buying that one. it has a comprehensive history of the Washington DC punk scene from 1985 to the present, taking over where Banned In DC leaves off.

link of the day

i really hope this is a joke

sounds of the day

word of the day

scullion  -  n.  1. a servant who does messy kitchen chores. 2. a base, contemptible person.

right: "A mountain of crusty dishes beset the minimum waged scullion."
wrong: "Throw some scullions into the soup to add some flavour."